Ringo Starr: 'I'm Only In The Hall Of Fame Because Of Paul'

Ringo Starr Never Thought He'd Ever Enter The Rock And Roll Hall Of Fame As An Inductee, And He Has His Beatles Bandmate Sir Paul McCartney To Thank For The Upcoming Honour. 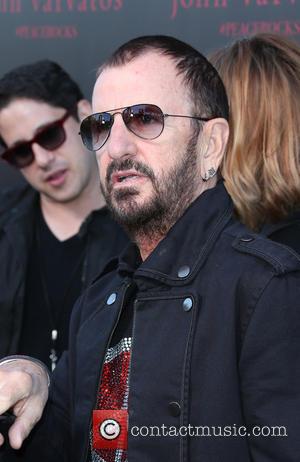 The drummer will be inducted into the Hall of Fame as part of the Class of 2015 next month (Apr15), becoming the last of the Fab Four to land membership to the Cleveland, Ohio museum as a solo artist.

It was recently announced that MCCartney will induct his longtime friend into the exclusive music club, and Starr reveals the gala will mark the culmination of a plan MCCartney's been working on for a while.

In an interview with U.S. talk show host Ellen DeGeneres on Tuesday (31Mar15), Starr said, "I'm only doing it because of Paul. I wasn't trying to get into the Rock and Roll Hall of Fame, but he was at dinner with a few people, and Brian (Epstein), the Beatles' manager, was being inducted and so something in the conversation came up that I wasn't in there (Hall of Fame) - I was there with the Beatles but not solo - and they all talked about it."

He continued, "Suddenly, I got a call from Paul and he said, 'They want to induct you in the Rock and Roll Hall of Fame, will you accept? I'll give you away'. And so I said, 'Sure!' How great is that? So we're doing it so Paul can have a day out... He's gonna give me away like I'm the bride."