The brand new book of photos will spand the final years of the band's existence. 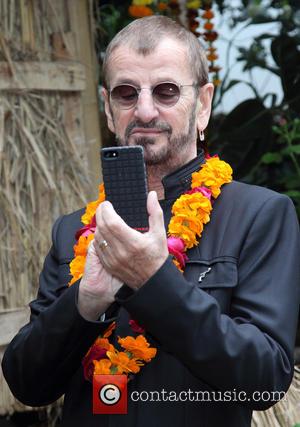 There are already a number of iconic Beatles photographs, circulating the airwaves – but if there’s one thing the public can never get enough of, it’s shots of the Liverpool foursome. Now, Ringo Star is giving everyone just what they want, by unveiling a collection of 100 never-before-seen snaps of the band from their most successful period in the 60s. The pictures will be organized in a brand new e-book, published by Starr and will span the years of their first U.S. tour, their fabled trip to India to meet the Maharishi, and their last days together as a band.

"These are shots that no one else could have," Starr, 72, said in a statement, quoted by Reuters.

Starr explains that the photos were found, much like old family snaps, packed away "in boxes we brought home after my mother died. We thought, 'I wonder what she's got!" Now the old photographs will move from a dusty basement into the hands of eager Beatles fans, ever hungry for more information about the iconic band. The book will be entitled Photograph, and is due for release on June 12, in partnership with the Grammy Museum exhibit Ringo: Peace & Love. It is already available for preorder. It will be published in the e-book format, with a limited printing of autographed physical copies going on sale in December. Ringo can shed some more light on the illustrious lives of the Beatles.