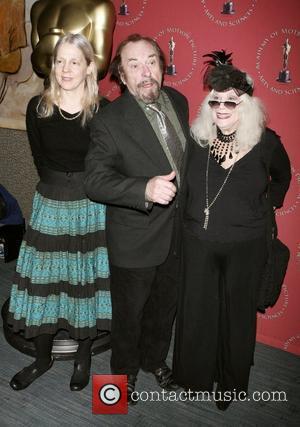 Veteran actor Rip Torn's lawyers are negotiating a plea deal with prosecutors to put an end to his legal woes after he was caught breaking into a Connecticut bank in January (10).
The Men In Black star was found sprawled on the floor of the Litchfield Bancorp building in his hometown of Salisbury late at night, clutching a loaded revolver while reportedly drunk. He told cops he thought the building was his home.
The 79 year old, real name Elmore Rual Torn, was arrested and charged with a string of offences, including carrying a pistol without a permit, carrying a firearm while intoxicated, first-degree burglary, first-degree criminal trespass and third-degree criminal mischief.
He checked himself into a rehabilitation facility in New York after being released on bail and pleaded not guilty to the charges against him.
On Tuesday (25May10), Torn returned to Litchfield Superior Court, where his attorney, A. Thomas Waterfall, reminded the court that Torn had voluntarily undergone a stint in rehab and had completed court-ordered alcohol education classes stemming from a previous 2008 arrest.
Waterfall also revealed the actor had disposed of all his weapons.
The presiding judge decided to continue proceedings on 4 June (10) to allow both sides extra time to negotiate a plea bargain - a deal that Waterfall hopes will keep the star out of jail.
Torn's 2008 charge for driving under the influence was dismissed on Monday (24May10) after the actor satisfied a judge by completing an alcohol awareness course.