Ora and Bieber became close when working together...but how close? 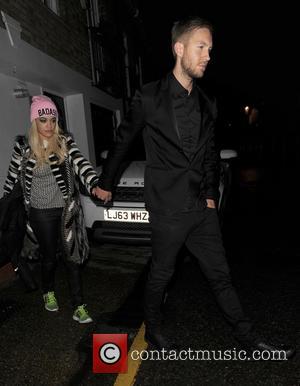 Rita Ora and Calvin Harris have confirmed their split after having dated for almost a year. The music couple had a reportedly amicable break-up but the 'Shine Ya Light' singer's alleged dalliance with her fellow popstar Justin Bieber is said to have prompted the separation. "To address speculation - myself and Rita ended our relationship some time ago. She is a beautiful, talented woman & I wish her all the best," the Scottish DJ tweeted.

Harris reportedly called time on his relationship with Rita after catching wind of an alleged closeness between his girlfriend and Bieber, who had been working together in the studio over the past few months. According to TMZ, Justin and Rita were spotted being "touchy feely" with each other, including Rita receiving back massages from the 'Baby' singer.

"Word got back to Calvin, Justin and Rita got touchy feely with each other while they were in the recording studio together over the last few months," said the gossip site's source. "Calvin heard they were very affectionate - she would sit on his lap [and] he would rub her back."

The split doesn't seem to have hit the 'Acceptable In The 80's' hitmaker too hard: since confirming the split, he has been pictured partying in Los Angeles with a host of women. Though the break up may have a friendly façade, Harris has apparently been quick to rid his house of Rita's possessions and has blocked the release of a few of her songs that he produced.

Justin and Rita have both been spotted partying in Mexico recently and are said to be sharing a luxury villa whilst the 20 year-old star waits for his racism scandal to blow over. The pair, who are holidaying at the glamorous resort with R&B singer Khalil, are keeping their respective fans up to date with photos and tweets from the idyllic location.

When asked about Rita's Mexican excursion by a pap recently, Harris simply replied "It's great, I love it." Bieber Is Currently Staying With Rita At An Opulent Mexican Villa.