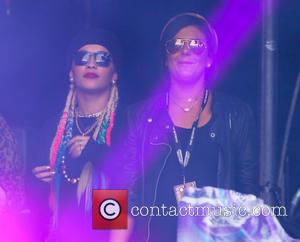 Rita Ora has split from her producer/Dj boyfriend Calvin Harris.

The Scottish hitmaker confirmed the news late on Friday (06Jun14) in a tweet, revealing the couple separated "some time ago".

He wrote, "To address speculation - myself and Rita ended our relationship some time ago."

He added, "She is a beautiful, talented woman & I wish her all the best."

Ora hinted she was struggling with the pair's long-distance relationship last month (May14) when she told Britain's Mirror newspaper, "You have to fly each other out, you just have to. Sometimes you fly for 20 hours, sometimes you only fly for five hours. It’s an effort, but you make it work.

"I’m not a fan of long-distance relationships. If you had a choice, you want that person with you. It makes me pretty sad. But you work with what you’ve got.”

Both Harris and Ora have had high-profile romances in the past - Ora dated Kim Kardashian's brother Rob, while the Dj was linked to Ellie Goulding and Kesha.