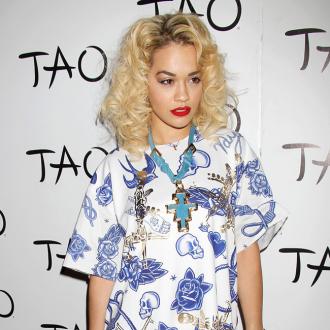 The 'Hot Right Now' singer - who previously dated US reality TV star Rob Kardashian - is said to have enjoyed a string of dates with sports agent Dave Gardner after they first met late last year, then really hit it off when they ran into one another at a party in February.

A source told heat magazine: ''Rita and Dave seem to really like each other. She's told pals she could fall for him.

''They were very flirty the first time they met and this time the chemistry was electric.''

Rita and Dave - who has a five-year-old son, Grey, with ex-wife Davinia Taylor - have been pictured out shopping together, as well as seen at London nightspots and the singer is enjoying his ''stable'' influence and is already planning their next meet up.

The source added: ''Dave is a breath of fresh air for Rita. He's incredibly stable and shuns the limelight.

''Rita's friends are hoping this could be the first love she's been hoping for, wile Dave's friends say they haven't seen him like this since Davinia. Now that Rita's in LA, she's counting down the days before she can come to the UK and see Dave again.''

The 'R.I.P.' singer struck up a friendship with the former 'The Only Way Is Essex' star on Twitter, and their flirty relationship quickly progressed - but the 22-year-old beauty cut off all contact shortly before they were due to hang out face-to-face.

He told Now magazine: ''She followed me on Twitter, I private messaged her, we swapped numbers ... We were texting all the time and she'd call me and we'd chat for hours.

''I couldn't believe it - Rita f***ing Ora wanting to speak to me! It got flirty. She'd say I was fit and liked my muscly arms.

''Then it got a bit ruder. But after that she suddenly cut things off just as we were due to meet at her house. I'm gutted.''