A Representative For Rita Ora Has Distanced The Pop Singer From A Controversial New Biography. 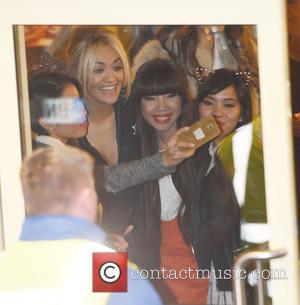 Picture: Rita Ora , 4th Impact - Xfactor Finalists seen drinking in there hotel bar before moving into the Xfactor House following getting through to the...

The R.I.P. star hit headlines this month (Oct15) as revelations from the book, written by Douglas Wight and Jennifer Wiley, have been published.

In the biography, titled Hot Right Now: Rita Ora, the singer was reported to have opened up about a relationship with an older man who she was involved with when she was just 14 years old.

The book also contains revelations about Ora's family life, revealing she was placed in a care home as a child after her parents fled their native Kosovo and came to Britain.

However, Rita's team has now distanced the star from the book and insisted she had no involvement with the project.

The representative tells New York Post gossip column Page Six, "Rita did not cooperate with this book, we have no further comment."