Rita Ora Earns 4th UK No.1 Single With 'I Will Never Let You Down'

The 23 year-old singer reaches the top spot with the Calvin Harris-produced track 'I Will Never Let You Down.' 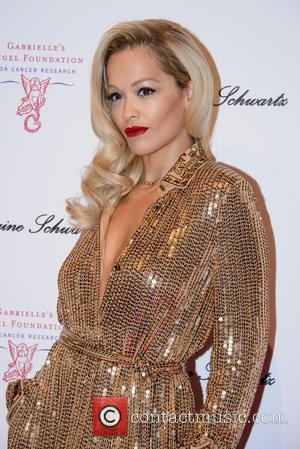 Rita Ora is on the top of the UK Official Singles Chart for the fourth time in her career.

The 23 year-old singer reaches No.1 with her new single 'I Will Never Let You Down.'

With this latest achievement, Ora is tied with former Spice Girl Geri Halliwell as the only British female recording artists who have achieved the most UK solo No.1s (4).

The London-born star burst onto the music scene in February 2012 with her chart-topper DJ Fresh's 'Hot Right Now', she repeated this feat in May of that year with 'R.I.P' ft Tinie Tempah, and in the following August with 'How We Do (Party)'.

"I've just found out I'm Number 1 with I Will Never Let You Down and it's amazing!" Rita told OfficialCharts.com. "It's crazy that it's the fourth one! I'm honoured. As you can see, I have no words! I can't believe it. I'm just so happy that my fans are so supportive because this is a special, personal song for me."

'I Will Nevevr Let You Down' was produced by Ora's current boyfriend, and world renowned Scottish DJ, Calvin Harris, in which he earned his 9th No.1 single.

"He's had such an incredible career in his own right," Rita said of Harris. "It was such a clear, easy song to do. There was nobody else involved other than me and Calvin. It all happened really naturally."

The R&B singer took to Instagram to share photo of herself holding her UK Official Charts No.1 award, along with the caption, "Thank you to everyone who made this possible. "We did it again! Until next time! See you on the road ????#boooooom #iwillneverletyoudown."

Mr Probz' 'Waves' landed in the 2nd spot, and John Legend's 'All Of Me' finished third. Calvin Harris' appeared in the top ten once more with his solo hit 'Summer' at No.4, and rounding off the top five is Kiesza's 'Hideaway'.