Rita Ora has 'moved on' from Calvin Harris

Rita Ora has admitted she's over her recent split from Calvin Harris after a year of dating, but she'll ''treasure the memories''. 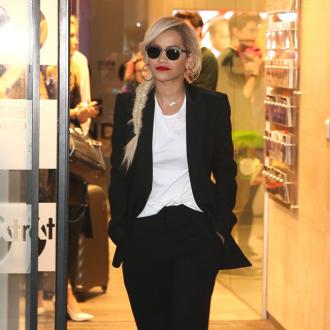 Rita Ora has ''moved on'' from Calvin Harris.

The couple recently ended their year-long relationship, but the 23-year-old singer insists she will ''treasure the memories'' she had with the 30-year-old DJ.

She wrote on Twitter: ''I don't usually address speculation but I've had an incredible time with Calvin, and I will treasure the memories. I've moved on so I hope people will respect that and do the same.''

Calvin also used the social networking site last week to announce he had split with the 'Never Let You Down' hitmaker ''some time a go''.

He tweeted: ''To address speculation -- myself and Rita ended our relationship some time ago. She is a beautiful, talented woman & I wish her all the best. (sic)''

The couple first split in January for a couple of weeks after a huge row but, despite getting back together, their hectic work schedules meant they rarely saw each other.

Rita had also been seen partying and cosying up to other men in Instagram photographs and spent time in Mexico with friends, including the R&B singer Khalil Amir Sharieff, who was arrested in Miami with Justin Bieber earlier this year for drag racing.

The source said: ''It was Calvin's decision to end the relationship. They had been arguing for months and had grown apart.

''She was constantly posting snaps of her with other groups of friends and her trip to Mexico and photos of her with Khalil were the final straw.

''Calvin likes more privacy than Rita and he hated the extra attention that came with being her boyfriend.''