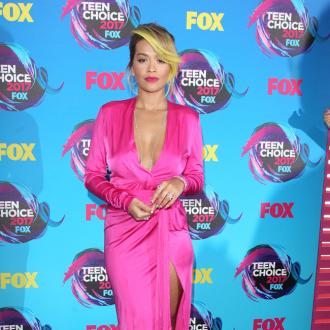 Rita Ora has grown bored of listening to 'Despacito'.

The chart-topping Brit made the confession during a game of Billboard's series '1 Has 2 Go', in which she's given a number of song options and has to decide to cut one particular record.

Given a choice between Luis Fonsi and Daddy Yankee's 'Despacito', DJ Khaled's 'Wild Thoughts', and Ed Sheeran's 'Shape of You', Rita made what was, perhaps, a rather surprising decision.

Meanwhile, Rita previously revealed she finds songwriting to be therapeutic.

The 26-year-old star admitted to spending much of her early life trying to emulate her mother Vera's ''unbreakable spirit'' - but Rita now believes she makes better music when she exposes her own vulnerabilities.

''I really realised in songwriting, the more open you are the better it is for you, it's really like therapy.''

The release of Rita's second studio album has been delayed by her lengthy legal dispute with her original record label Roc Nation.

But the singer is confident she's found a ''brilliant family'' with her new label.

She said: ''Warners was a brilliant family for me to be a part of, and now I am, and my friends are signed to them, you know Ed [Sheeran], Charli [XCX]. I think for me it was really home for me without even knowing.''