Could Rita Ora Be Leaving 'The X Factor' After Only One Series?

Rita Ora joined the judging panel with Nick Grimshaw just this year, but rumours have it that both could be on their way out.

She may have joined the judging panel just this year, but Rita Ora has hinted that she’ll be quitting ‘The X Factor’ after only one series in the aftermath of her prodigy Louisa Johnson winning the competition this weekend.

“As a new judge it's a good way to leave the show,” said Rita, when she spoke to the series’ spin-off TV show ‘Xtra Factor’ viewers on Sunday night (December 13th) alongside Louisa herself, who became the youngest contestant ever to win the competition at the age of 17.

“I really can't put it into words," added Louisa. “It doesn't even feel real. It feels crazy. I just appreciated everyone keeping me in here. I've got the most loyal supporters ever, I can't thank them enough.” 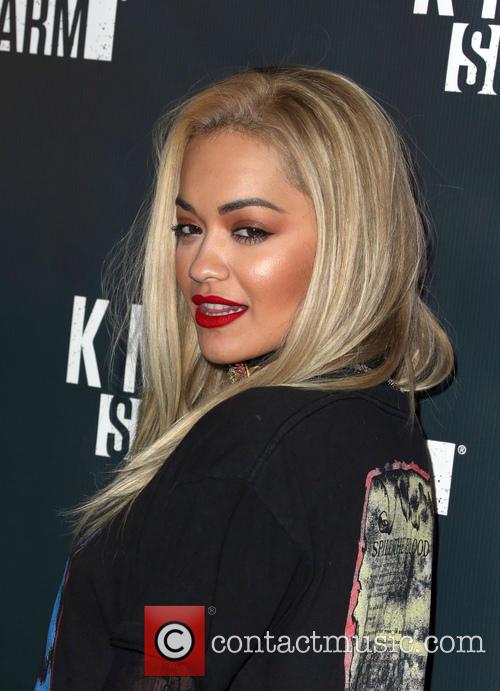 Could Rita Ora be leaving 'The X Factor' after just one series?

The recently wrapped 12th series has seen disappointing ratings throughout, though broadcasters ITV have been insistent that a rise in viewers watching via catch-up or on-demand services make the true figure higher.

More: Rita Ora’s home may have been burgled by the same gang that targeted Simon Cowell

However, Ora’s suggestion that she’ll be departing comes soon after ITV refused to think about giving the boot to her fellow judge Nick Grimshaw, another newcomer to the last series and who was criticised by viewers. A spokesperson for network told Mirror Online last week that they “have not even started discussing the next series and won't do so until next year.” So, possibly some more serious upheaval for the show.

Ora also spoke alongside her fellow judges after the show had finished, and she shared her reaction to Louisa’s victory and spoke with the others about how they felt now that the show had wrapped.

“I'm so sad because it's over for us now,” said Rita. “You know I didn't know what to expect… I didn't think I'd get so attached [to Louisa]. I feel like she is my sister.”

“Or daughter,” joked Cowell. “She [Louisa] was unbelievable tonight. I thought she went into another gear. The highlight was when she sang ‘A Man's World’.”

More: Where to buy beer and what to do on ‘The X Factor’ – Simon Cowell turns to Twitter for advice