Rita Ora Made An Honorary Ambassador Of Kosovo

British Pop Star Rita Ora Attended The Kosovo Embassy In London On Friday (10jul15) To Be Made An Honorary Ambassador Of The Country. 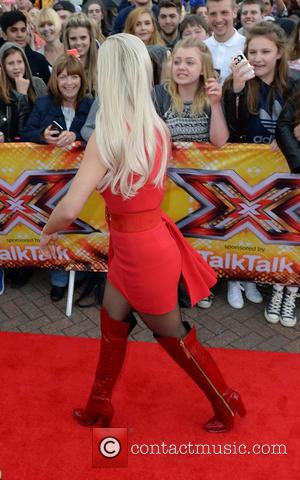 The R.I.P. hitmaker was born in the territory but moved to the U.K. with her family when she was a baby, and she has now been named an ambassador by President Atifete Jahjaga for raising awareness of issues facing the country.

Ora appeared at the embassy in London to receive her title from the ambassador of the Republic of Kosovo in London, Lirim Greicevci, at a ceremony attended by former British Prime Minister Tony Blair and his wife Cherie.

Ora says, "I will wear the title of honorary ambassador with great pride and responsibility. I grew up in Britain, a country which has given me so much for which I'm grateful. But I will always have a special place in my heart for Kosovo, my country of birth. I'm lucky I'm in a position to travel the world and bring more awareness to my country of birth and let the rest of the world know what a beautiful country it is and how friendly the people are".