Pop Star Rita Ora Was Left Regretting Her Decision To Force Her Body Into A Tight-fitting Dress For The Cannes Film Festival Earlier This Year (15) When The Garment Fell Apart And Almost Exposed Her To Waiting Photographers. 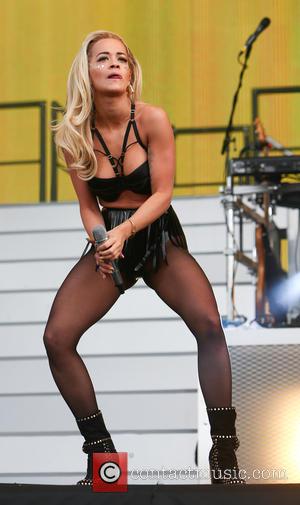 The R.I.P. hitmaker attended the movie extravaganza in the South of France in May (15) and she was snapped heading to a concert in a white suit/gown with her hands over her chest, apparently attempting to preserve her modesty.

Now she has revealed she was desperately trying to hold the ill-fitting frock together after it "exploded" under the strain.

Ora tells Q magazine, "I was wearing an outfit which didn't fit properly so I just sort of forced myself into it and then it all exploded. The zip broke, the trouser slipped... Pretty embarrassing."