British Pop Star Rita Ora Will Miss The X Factor Auditions In Manchester, England This Week (Beg06jul15) Due To A Scheduling Clash. 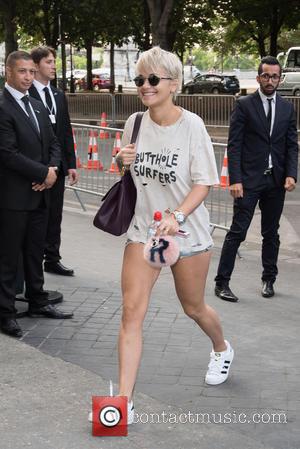 The R.I. P. hitmaker was due to begin judging duties for the TV series on Monday (06Jul15) but the show's creator Simon Cowell postponed the tryouts after his mother Julie died on Sunday (05Jul15).

The sessions are now due to take place on Wednesday (08Jul15) and Thursday (09Jul15), but they clash with Ora's commitments at Paris Fashion Week in France, where she was seen walking the catwalk at a Chanel show on Tuesday (07Jul15).

According to Britain's Daily Mirror newspaper, Ora is expected to attend Wednesday's auditions but her appearance on Thursday has been cancelled.

A spokesman for the show says, "Rita obviously wanted to be there but it is just unfortunate that with the change in filming dates there is an issue... We will go ahead either with (judges) Simon, Cheryl Fernandez-Versini and Nick Grimshaw, or drafting in the guest judge."