Tom Hanks Insists He Will Stand By His Rapper Son Chet Haze Following His Recent Stint In Rehab For Substance Abuse Problems. 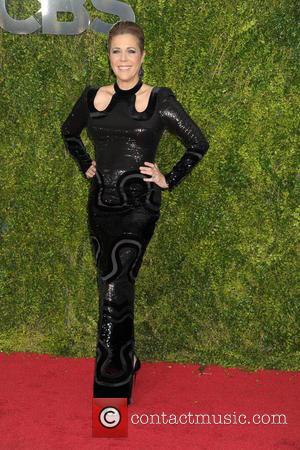 The Oscar winner's son with Rita Wilson revealed last week (ends04Oct15) he is clean and sober after undergoing treatment earlier this year (15).

Tom commented on his son's candid admission for the first time during the premiere of his new movie Bridge of Spies on Sunday (04Oct15), saying he'd be by his side no matter what.

"As a parent, you love your kids unconditionally," he told Entertainment Tonight. "You support them every step of the way. You got to applaud the bravery and honesty when it actually comes out of your own house."

Chet is Tom and Rita's eldest son and they are also parents to son Truman. In addition to his children with Rita, the Forrest Gump star is father to son Colin and daughter Elizabeth from his first marriage to Samantha Lewes.