Zack Taylor (Ludi Lin), Kimberly Hart (Naomi Scott), Billy Cranston (RJ Cyler), Trini (Becky G) and Jason Lee Scott (Dacre Montgomery) are five kids with a lot in common; they're all high-schoolers with pretty screwed up lives and going through a lot of the kind of problems that regular teenagers go through. That is until one day, when they stumble across what looks like a long-abandoned spaceship which they somehow manage to accidentally open. Once inside the ship, it soon becomes clear that they are not alone and are very much trapped. It's not the most friendly welcome to their new master as they could have, but they soon realise that Zordon and his robot minion Alpha 5 mean no harm.

In fact, they have chosen these very kids to unite together and become their Power Rangers; superheroes on which the world depends. Of course, they don't believe that they really have super powers at first, but after a series of minor incidents, they are forced to accept their newfound destiny - and quickly because a deadly force is already on the rise led by the dastardly Rita Repulsa.

'Power Rangers' (sometimes known as 'Saban's Power Rangers') is the third and newest movie from the superhero franchise, coming 22 years after 'Mighty Morphin Power Rangers: The Movie'. It has been directed by by Dean Israelite ('Project Almanac') with a screenplay written by the Academy Award nominated John Gatins ('Flight', 'Real Steel'), and it is set to be released in theatres on March 24th 2017.

Eight stars that you can expect to see more of next year.

Next year will most certainly be an important year for many stars; some actors that have already had their breakthrough roles will move on to other major projects, and other actors who haven't yet had their leading breaks will do so in the next twelve months.

Here are the top movie stars to look out for next year.

1. Maika Monroe - If you remember her from her role as Patricia Whitmore in 'Independence Day: Resurgence', you certainly won't be able to miss her next year. She has seven films coming out in 2017, including 'I'm Not Here' starring J.K. Simmons, 'Felt' with Liam Neeson and 'The Scent of Rain and Lightning' opposite Maggie Grace.

Continue reading: Maika Monroe, RJ Cyler And More: Stars To Look Out For In 2017 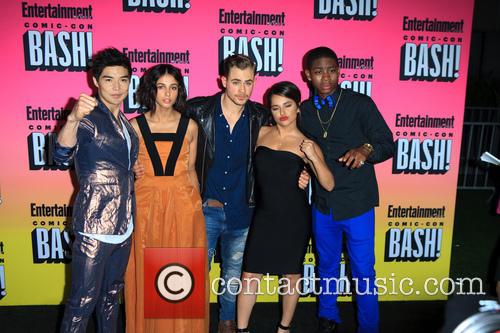 High school can be the worst time for some people, and for Greg Gaines (Thomas Mann), it turned out to be especially horrible. His parents inform him that his classmate, Rachel Kushner (Olivia Cooke), has been diagnosed with leukemia. The two make a fast friendship out of a mutual intention to not be sympathetic, but that plan doesn't work out as well as planned. Greg and his best friend Earl make 'bad films' in their spare time, and decide to devote a film to Rachel. Unfortunately, as they specialise in bad films, they struggle to make something that will truly honour her and cheer her up.

Continue: Me and Earl and the Dying Girl Trailer