Rob Kardashian thinks Kris Jenner should have ''treatment'' for her attitude and wants her to see a shrink or a counsellor. 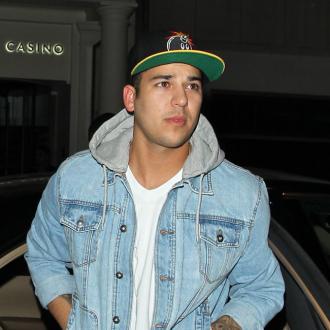 Rob Kardashian wants Kris Jenner to have ''treatment'' for her attitude.

The only son of the matriarch reportedly believes the 59-year-old television personality has a ''problem'' with him and wants her to go to a shrink or a counsellor to combat the issue.

A source said: ''Rob thinks Kris is awful to him and he wants her to stop being so horrible. He's saying that he isn't the one with the problem - she is.

''Rob wants Kris to get treatment by going to a shrink or a counsellor - anyone that can help her change her attitude about him.

''Rob doesn't think that he is the one with the problem anymore. He believes that Kris needs to talk to somebody and get help so that she can stop focusing on what she says are his problems.''

The 28-year-old sock designer is also hoping that with help his mother will change her view on the estranged star.

The insider added to RadarOnline.com: ''He wants her to stop trying to force him to get help and take a look at how she is acting and change that first.

''But he doesn't really believe that will ever happen.''

Rob - the brother of Kim, Khloe and Kourtney Kardashian and half brother of Kendall and Kylie Jenner - recently hit headlines when he posted a photograph on Instagram comparing sister Kim to the ''bitch from 'Gone Girl'.''