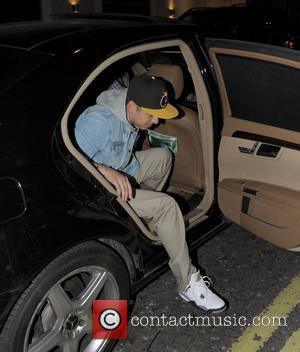 Reality TV star Rob Kardashian has fuelled rumours of a romance with singer Rita Ora after declaring his love for her on Twitter.com.
Kim Kardashian's younger brother jetted into London on Sunday (13May12) to toast the R&B star after she took the top spot on the U.K. singles chart with her debut R.I.P.
The pair avoided being photographed together as they arrived separately at Whisky Mist nightclub, but Kardashian couldn't help but share his pride with his Twitter followers.
He posted a photo of Ora celebrating her achievement and captioned the snap, "That's MY baby!" before adding, "You did it. I love you and you're my wife."
The former Dancing With The Stars competitor later tweeted, "I love my woman! I'm so proud of you!"
The couple reportedly met last year (11) after they were introduced by a mutual friend.