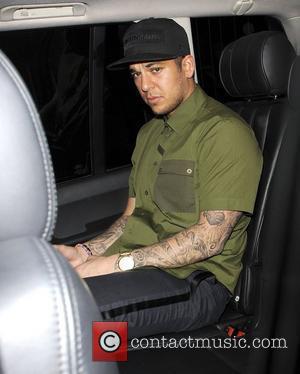 Rob Kardashian and musician Joe Jonas having been given the enviable job of judging this year's Miss USA pageant. Event bosses announced the news on Thursday (May 24, 2012), also confirming that ANDY COHEN and Giuliana Rancic would return as hosts for the show, held at the Planet Hollywood Resort and Casino in Las Vegas, reports the Associated Press.

Kardashian is a former runner-up on Dancing With The Stars, though is also a regular in his family's popular reality show 'Keeping up with the Kardashians'. His addition to the judging line-up may not have gone down well with his new girlfriend - the singer Rita Ora, who was snapped getting to know Rob's sister Kim Kardashian in London last week. Joe Jonas rose to fame as a member of teen heartthrobs the Jonas Brothers, and has dated the likes of Taylor Swift and Camilla Belle. He was last in a relationship with the Twilight actress Ashley Greene, though the relationship is now thought to be over. Other judges for this year's pageant include the former 'Bachelorette' ALI FEDOTOWKSY, and the 'Fashion Police' host GEORGE KOTSIOPOULOS. As usual, the contestants will be judged in swimsuit, evening gown and interview categories.