Rob Kardashian has reportedly been offered $500,000 by his mother Kris Jenner to resume filming on 'Keeping Up with the Kardashians'. 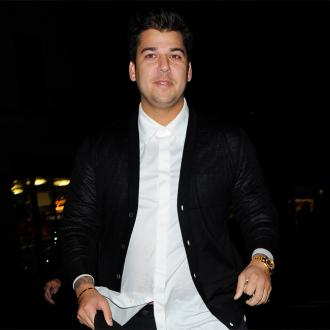 Rob Kardashian has reportedly been offered $500,000 to return to 'Keeping Up With The Kardashians'.

The reality TV star is rumoured to have lost 25lbs on a new fitness regime and his mother Kris Jenner is said to be so keen to have him back on the family's show that she has offered him the huge sum.

A source told RadarOnline.com: ''Watching what he is eating has made a huge difference, and Rob has quickly dropped 25 pounds.

''Kris has been so impressed with Rob's progress, she is offering him $500,000 to return to filming 'Keeping Up with the Kardashians'. The money wouldn't be coming directly from Kris, but from the production company.''

However, Rob - who has been maintaining a low profile in recent months - isn't sure if he wants to come back.

The insider added: ''He isn't ready to film 'KUWTK'. He doesn't know if he ever wants to return to the show. He is ready to branch out beyond the reality show.''

She said: ''Rob's very smart, he's got a business degree. He's still very motivated and creating - and he's so entertaining!''