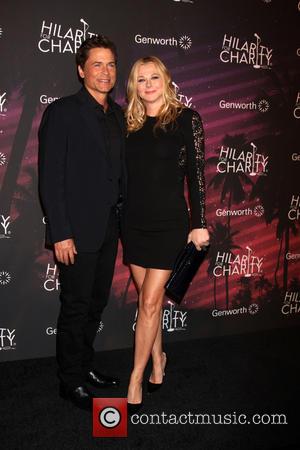 Hollywood actor Rob Lowe is following Ricky Gervais to the small British town of Slough for a new U.K. comedy based around the same location as hit sitcom The Office.

Gervais' popular U.K. Tv show was set in Slough, a small town in the county of Berkshire, England, and now the area is set to be thrust into the spotlight once again as the focus of Lowe's latest small screen project.

The West Wing star has signed up to head the cast of Apocalypse Slough, a quirky comedy which will also feature Jenna Fischer, famed for her role in America's version of Gervais' The Office, and Megan Mullally.

Lowe will play a rebellious Catholic priest who is among a group of people battling to reach a safety bunker in Slough as a comet hurtles towards Earth.

He says of the show, "I've always been a fan of the kind of smart, ambitious and challenging filmmaking... This script and my character in particular, blew me away."

Filming is set to begin later this month (Jan15) and the show is to air on NBC in America and on Sky1 in the U.K.