A Week of Criticism and Congratulations for Robbie Williams 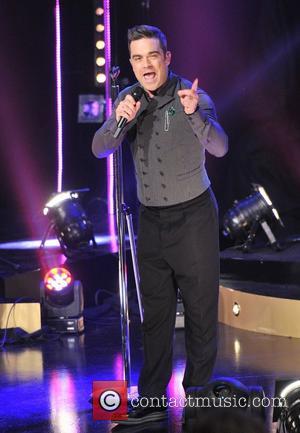 Robbie Williams managed to hit the top spot in this week's singles charts, with his latest song 'Candy', but despite the week being obviously filled with celebrations for his first number one in eight years, he has also come under great criticism.

Radio 1 chose to elide 'Candy' from its playlists, deeming it 'irrelevant', according to Entertainmentwise. Nick Grimshaw agreed with the station, but also defended the singer. "To 13 and 14-year-olds he's not relevant... they've got One Direction. I liked Take That when I was little, but I'm not little anymore," he said. "I don't know if he's now for a Radio 1 audience. I've never listened to a Robbie Williams song but I really like him... I quite like the new song".

In contrast to this, the video for the single sees Robbie literally bashes away old age, as he punches a pensioner. The Telegraph have reported that the National Pensioners Convention (NPC) are not happy about the treatment of the elderly in the video. ''Celebrities should think twice before making ageist comments which seem to imply that pensioners should be treated in a degrading way." Said Dot Gibson, general secretary for the NPC. ''Elder abuse is a serious issue and needs to be tackled rather than seen as a bit of a joke. We need to be uniting the generations, not suggesting that they are different. Pensioners are just young people who grew older.'' Robbie's representative said that he was just playing a role and absolutely does not condone violence to the elderly.

Despite both critiques, having sold 137,000 records in one week he has become the fastest selling UK male artist of the year.