Adam Lambert says he was flattered to hear that Robbie Williams thinks he is ''beautiful with an amazing voice''. 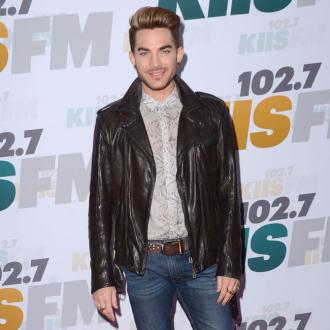 The 41-year-old singer - who has two children with wife Ayda Field - recently gushed about his admiration for ''beautiful'' Adam, 33, and revealed his wish to collaborate with him on a single.

He told The Sun: ''I was really flattered by that, I was surprised he even knew who I was. He's amazing and I actually read his biography years ago.''

Former 'American Idol' star Adam admitted he is a huge fan of the British accent.

He added: ''I love an English accent. I'm single and I'm cruising.''

Robbie recently gushed about Adam, saying: ''On the TV he's really, really beautiful, he's stunning and he's got the most amazing voice. I should sing something with him.''

And Adam told Digital Spy he would be thrilled to work with the Take That star.

He said: ''I've heard Robbie's comments, it was very sweet of him. I'm a fan of Robbie, I think he's really cool.

''I'd be down for a collaboration with Robbie Williams.''