The singer first left the band back in 1995, breaking millions of teenage hearts.

Robbie Williams could be about to join his old Take That bandmates again, to celebrate the group’s 25th anniversary. According to The Sun, Williams is having ‘secret talks’ to reunite with the band, five years after he briefly returned for their 2010 album Progress. 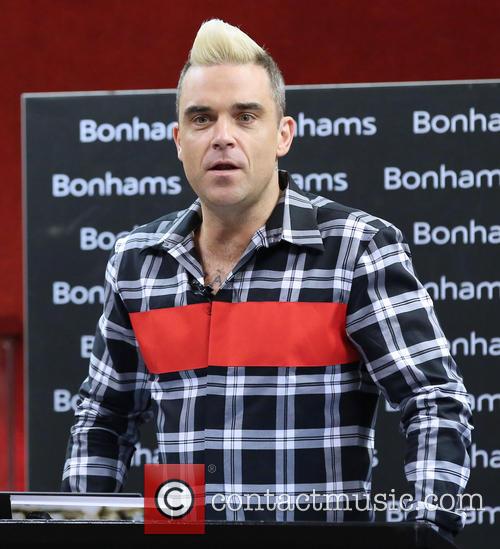 Robbie Williams could be back with Take That again soon.

A source told The Sun, "Robbie's first return to Take That was never going to be a one-off. He feels passionate and proud of the band's achievements and still wants to be part of it. He loves the big tours and being in the studio with the lads. His comeback will be a great way to mark their anniversary.”

Back in June Robbie had shown that he still supports his former bandmates when he posted a picture of himself with Gary Barlow, Mark Owen and Howard Donald following a show at London's O2 Arena. "I've just been to see the show of the year @ the O2. I love my boys. Pride, nostalgia, entertained, happy #LETMEBACKIN x” Williams wrote.

But one person who probably wont be joining in on the Take That anniversary celebrations is Jason Orange, who left the group last year. "He has no wish to return and is happy to do his own thing,” a source said.

More: Jump On Board Robbie Williams' Charity Auction 'Doing It For The Kids'

But a rep for Williams has denied that Robbie is planning to get back with his old bandmates telling Mirror Celebs, "Robbie’s plan for 2016 is to make his next solo album. He then hopes to subsequently tour that album. These are his only plans in terms of recording and touring."