Robbie Williams: 'Nobody has got an entertaining temperament like me'

Robbie Williams believes no other musician has an ''entertaining temperament'' like him. 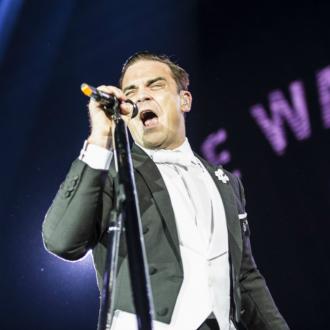 Robbie Williams believes no other musician has an ''entertaining temperament'' like him.

The 42-year-old singer songwriter - who boasts over 20 years at the helm of the music industry - has admitted he is confident about taking to the stage for his upcoming European tour and believes he is the ultimate entertainer.

Speaking in a press conference to promote his forthcoming stadium tour for his latest album 'Heavy Entertainment Show', the 'Rock Dj' hitmaker said: ''If you say things enough it becomes true.

''This tour is going to be huge, my temperament is incredible, nobody has got an entertaining temperament like me and nobody respects women more than I do.''

And the star - who married his wife Ayda Field in 2010 with whom he has four-year-old daughter Theodora and two-year-old son Charlton together - believes he will prove his talent in his two-hour shows next year.

He explained: ''Which you shall see from my two-hour performance each evening when I shall be respecting women then, nobody does that like me.

''Nobody sings 'Let Me Entertain You' or 'Angels' like me.''

And the artist has admitted he could even take tips from Donald Trump for his upcoming concerts because Robbie has described him as a ''great showman''.

He explained: ''I think he's got something that I could take from his performance. He's a great showman.''