Robbie Williams will be in chart history forever as his 'Sing Both Ways' big band album is the UK's 1000th No.1 album. 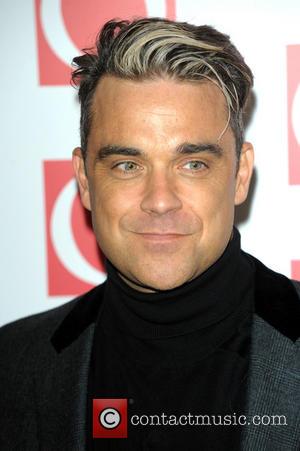 British pop-star Robbie Williams has made chart history due to his new big band album 'Swings Both Ways' achieving the UK's 1000th No.1 album.

Williams spoke with the Official Charts Company about the milestone, "I am over the moon that Swings Both Ways is Number 1!" he said.

"And such an honour to be the 1000th album in that spot too, following Frank Sinatra who was the first person in that spot and my hero. Thanks to everyone who bought the record, see you all on the tour next year!"

The former 'Take That' member now draws level with Elvis Presley with 11 UK No.1 albums and his outstanding solo career can boast 18.6 million UK album sales and 55 million worldwide.

He added, "In topping nearly 109,000 sales in its first week, Swings Both Ways is also confirmed as a bona fide smash - and is well placed to be the album of choice for music fans and gift purchasers at Christmas 2013."

As Robbie took over the top spot Eminem moves to No.2. Another new entry, Jake Bugg's 'Shangri La', finishes in the 3rd position. Celine Dion is still maintaining a top 5 spot as her 'Loved Me Back To Life' album lands at No.4 and a collection of Elvis Presley's hits called 'The Nation's Favourite Elvis Songs' rounds off the top 5. Robbie Williams will be in UK chart history forever