Robbie Williams will reunite with Take That next week

Robbie Williams is set to reunite with Take That next week on 'Let It Shine'. 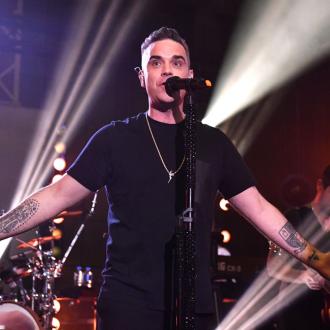 Robbie Williams is set to reunite with Take That.

The 43-year-old singer took a break from the boyband on a number of occasions in 1990, 2009 and again in 2014, but he is set to rejoin the group on a one off for the final of band mate Gary Barlow's BBC talent show 'Let It Shine' on February 25, according to Digital Spy.

The dark-haired rocker will also join Gary, Dannii Minogue and Martin Kemp as a guest judge on the critiquing panel for the last episode to decide who will be crowned the winners and will go on to star in his theatre show.

Speaking about the upcoming venture, the 'She's The One' hitmaker said: ''I'm looking forward to being back with Gary, Mark and Howard on 'Let It Shine' and am excited to be a guest judge for the very special final.''

Robbie has previously admitted he struggled to deal with fame when he was younger and regrets backing away from the industry, although at the time he thought it was the ''Most sane thing'' to do.

Speaking previously, he said: ''Back in the 1990s when I went out there to promote my album I was not really dealing with fame very well at all - if I am honest I was not really dealing with much very well. It was when I realised that the more fame I got, the more insane I became. So I just stopped as I needed a place where I was not famous, because that would be the most sane thing to do. Now I have changed my mind and I really regret it.''