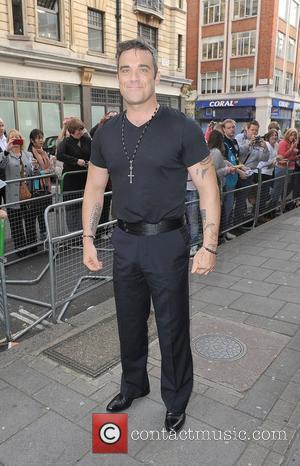 British pop star Robbie Williams has reportedly landed rock icon Slash for a guest appearance on his forthcoming album after the members of Scottish band Biffy Clyro were forced to turn down a collaboration.
Biffy Clyro singer Simon Neil reveals he was invited to show off his guitar skills on a new song for Williams' Take the Crown release, but he had to reject the offer to perform for the former Take That star due to other commitments.
Instead, former Guns N' Roses legend Slash, who was born in Williams' hometown of Stoke, England, has stepped in to replace him - and Neil couldn't be happier for Williams' stroke of luck.
He tells British magazine NME, "I got asked to play a solo on his record too, but I turned it down. I wish all the best for Robbie, but I don't think he needs my help. Bizarrely, I think Slash is going to play the solo now, which makes the whole thing cooler."