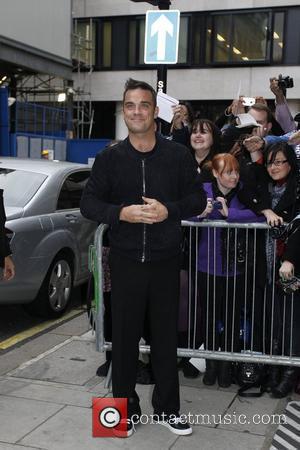 Robbie Williams and Gary Barlow's highly anticipated duet has failed to relight the U.K. singles chart - Cee Lo Green beat the Take That stars to the top spot in this week's (10Oct10) rundown.
The singers reunited to record Shame, their first track together since Williams quit the British boy band in 1995, but were forced to settle for second place after Green's track Forget You shot to number one.
Elsewhere in the singles chart, rapper Tinie Tempah featured twice in the top five - his hit Written In The Stars was third while his collaboration with Swedish House Mafia, Miami 2 Ibiza, took fifth place, shortly behind Bruno Mars' Just The Way You Are (Amazing) at four.
It was a good week for Tempah - he also stormed to the top of the British album chart with his debut, Disc-Overy.
The hip-hop star pushed The Script's Science & Faith into second place, while Mumford & Sons moved up three places to take third position with Sigh No More.