An X Factor source has told The Sun that Robbie Williams could be joining Gary Barlow on the show's judging panel. 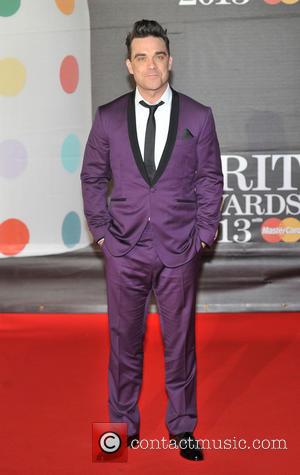 Will Robbie Williams join Take That band mate Gary Barlow and hop onto the judging panel on X Factor? The Sun have reported that this could very well be the case, with the ‘Angels’ singer looking to join the TV talent show to spice things up a little bit. Known as the cheeky member of the boy band, Robbie’s apparently the top choice for being brought in to bring back the excitement that many felt was missing from last year’s series of the show.

A source told The Sun “This is the dream team. We have been looking at the show and thinking the unthinkable. Robbie is exactly the right person for the show — but we don’t want to lose Gary to get him. We want them both.” There’s just one problem though and it isn’t the fact that Gary and Robbie haven’t exactly always seen eye to eye. “Robbie’s people are saying he’s too busy to do the show.” Undeterred, the show’s sources said they’re not giving up on their dream judge just yet. “we worked around Gary when he first joined the panel,” the source explained, adding “he was touring with Take That and it was fine. We know Robbie loves the show and he and Gary have a great friendship and rivalry — there will be fireworks for sure.

Would the addition of another man on the panel spell the end for Louis Walsh? Producers are reportedly “relaxed” about having three men on the panel, with Nicole Scherzinger expected to take up the fourth spot. Watch this space!