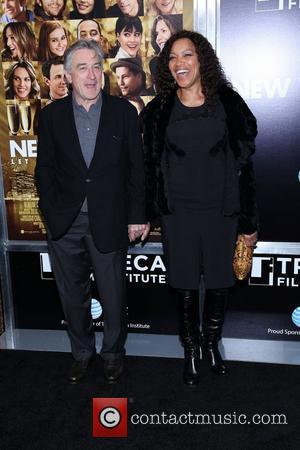 Robert De Niro is a father again at the age of 68 - he and his wife have welcomed a baby girl born via surrogate.
Christmas came early for De Niro and Grace Hightower as they became parents to little Helen Grace - a younger sister for their 13-year-old son Elliot.
A representative for the Oscar winner confirmed the tot's birth to People.com on Friday (23Dec11), although further details were unavailable as WENN went to press.
The couple wed in 1997.
The Taxi Driver star has four other children - two grown up children from his first marriage to Diahnne Abbott, and 16-year-old twin boys with his ex-girlfriend Toukie Smith, also born via a surrogate mother.