De Niro Honours His Wife With Mother Of The Year Prize 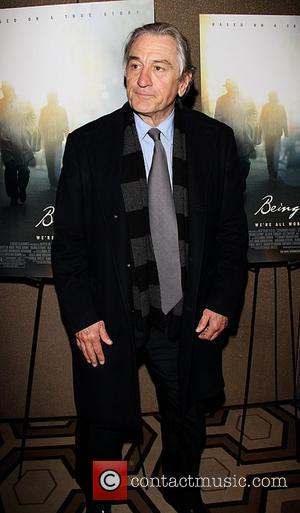 Robert De Niro paid tribute to his wife Grace Hightower as she was honoured with the U.S. Mother of the Year prize at a charity gala in New York on Thursday (01Mar12).
The couple became parents for a second time in December (11) with the birth of their daughter, Helen Grace, who was born via a surrogate, and Hightower was honoured for her maternal skills at the American Cancer Society lunch.
She was named Mother of the Year and her famous husband was on hand to introduce his wife with a tribute during the event at Manhattan's Plaza Hotel, according to New York Post gossip column Page Six.
De Niro joked to the audience, "If I mess up in a movie, I can still go home. If I get this wrong, I probably won't have a home to go home to."
The couple is also parents to a 13-year-old son, Elliot.