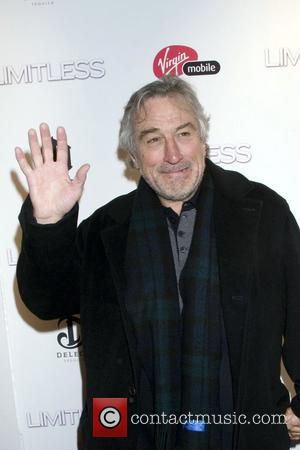 Robert De Niro took the stand in a New York courtroom on Friday (18Mar11) to testify against a gallery director accused of illegally pocketing cash from the sale of paintings by the actor's father.
Leigh Morse is charged with grand larceny for allegedly selling two works by Robert De Niro, Sr. and keeping the $77,000 (£48,125) fee without informing the Hollywood star.
It's claimed she ordered staff at an art house in San Francisco, California to wire the money for the paintings - Guitar Case and Landscape With Pink Field - direct to her personal bank account while she was working for Salander-O'Reilly Galleries.
The Cape Fear star, who administered his late father's estate, gave evidence at the hearing on Friday and told the courtroom he had never received any cash from Morse for the paintings - despite being entitled to 50 per cent of the proceeds.
The actor admitted he was angered by allegations Morse took all of the money from one sale to cover commissions on other sales, declaring, "That I have a problem with."
During his time on the stand, De Niro also revealed he devoted a lot of attention to his late dad's artwork: "I spent a lot of time choosing the frames for my father's work."
He admits he became suspicious of the gallery's workings and its owner, Lawrence B. Salander, after learning his father's pieces had been sold on, reports the New York Times.
De Niro added, "I said, 'Uh oh'. I felt something was going to happen down the line. It didn't bode well for me hearing that."
Morse has pleaded not guilty to charges of larceny. Salander was imprisoned last year (10) for stealing money and artwork from collectors and artists.