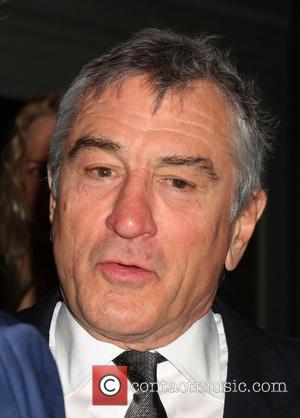 Robert De Niro is the frontrunner to portray American football great VINCE LOMBARDI in a new sports movie.
The actor has been tapped to play the legendary football coach in a biopic being developed by ESPN Films and the National Football League, according to The Hollywood Reporter.
Revered screenwriter Eric Roth is working on the script for Lombardi.
The coach is considered one of the sport's greatest after turning the fortunes of the Green Bay Packers around in the 1960s and winning five championships in nine years.
Lombardi died in 1970.
Charles Coplin, the NFL's vice-president of programming, tells the publication, "There are few actors who could accurately portray the fire, passion and grit of Lombardi, and we’re thrilled to have Robert De Niro on our team."