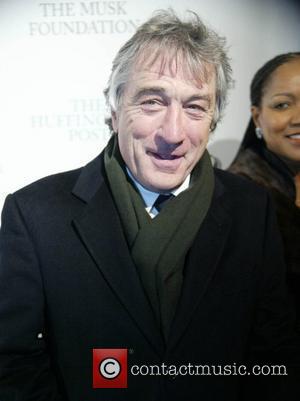 Robert De Niro tried to warn fallen former co-star and 'lookalike' Lillo Brancato Jr. about the perils of fame after casting him in his first movie.
Brancato Jr. was spotted by talent scouts and cast by De Niro as his son in 1993 movie A Bronx Tale, when he was just 16 years old.
De Niro, who also directed the film, was taken by the likeness between the pair, particularly Brancato Jr.'s impersonation of him playing his Taxi Driver character Travis Bickle.
The young star went on to land a recurring role in mob drama The Sopranos, but started using cocaine and heroin and threw away any chance of lasting acting success in 2005, when he was arrested for a drug-fuelled burglary that resulted in the death of an off-duty cop.
The actor, now 32, was acquitted of murder - for which his accomplice Steven Armento is serving a life sentence - but he was sentenced in January (09) to 10 years behind bars for attempted burglary.
And in a new interview with U.S. news show 20/20, Brancato Jr. reveals how he ignored De Niro's advice and "squandered" the chance of a lifetime.
He says, "(De Niro) said, 'A lot of people are going to want to be your friends, you know, and they don't have your best interest at heart.'
"I kind of shrugged it off. It was kind of like, 'Yeah, I understand what you're saying, but not me. I'll be fine Bob.'"
Speaking from New York's Rikers Island prison, Brancato Jr. adds, "I squandered it. I am ashamed."
The interview is due to air in the U.S. later this year (09).