Has Silver Linings Playbook Got Robert De Niro Back Into Oscars Contention? 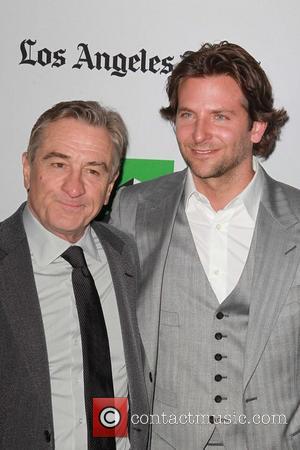 David O'Russell's new movie Silver Linings Playbook, starring Bradley Cooper and Jennifer Lawrence, appears to have a one-way ticket to the Oscars ceremony in February. Strong reviews for the movie with an all-star cast means it's likely to be competing for the major prizes in 2013. Lawrence is the massive favorite to win best actress, Cooper will battle Daniel Day-Lewis and Joaquin Phoenix for best actor, though could Robert De Niro win his first Academy Award since 1981? (Raging Bull)

De Niro plays the father of Pat Solitano, a former school teacher who loses everything - his house, his job and his wife. Living back home with his parents, (mother played by Jacki Weaver), Pat attempts to rebuild his life and meets the mysterious Tiffany, played by Lawrence. De Niro is superb throughout, and is likely to be nominated for best supporting Actor, though can he go all the way? There's an interesting group of contenders this year, with Philip Seymour Hoffman a shoo-in for a nomination. His L. Ron Hubbard style character in The Master won fierce praise from critics, and the 45-year-old is a favorite of the Academy for sure. Ben Affleck could win best director for Argo, while the movie is the frontrunner for best picture, though it also has a couple of supporting performances worth a shout. Bryan Cranston plays a CIA officer in the political drama and has made a huge name for himself in Hollywood for his performances as Walter White in Breaking Bad - easily one of the finest characters in television drama for years. In the same movie, Alan Arkin also turns in a fine comedic performance with Jon Goodman and, of course, the Little Miss Sunshine actor has had his hands on the supporting actor gong before. Tommy Lee Jones is likely to get a nomination for Lincoln, while Leonardo DiCaprio will be disappointed to not make the shortlist for his turn as the evil Calvin Candie in Quentin Tarantino's Django Unchained.

Outsiders for a shot at the statuette include Javier Bardem for Skyfall, Russell Crowe for Les Miserables and William H Macy for The Sessions. Let's be clear, Philip Seymour Hoffman will take all the beating here, though De Niro's performance will not be ignored by the Academy. His co-star Bradley Cooper said it would be "insane" should he win Best Actor for Silver Linings Playbook and it certainly would be unthinkable for Daniel Day-Lewis not to walk away with that award come February, but best supporting actor? That's not so clear cut.

Who do you think will scoop the award in 2013? Check out the clips below for a little help!

Watch the trailer for Silver Linings Playbook below:

Watch the trailer for The Master below:

Watch the trailer for Argo below: