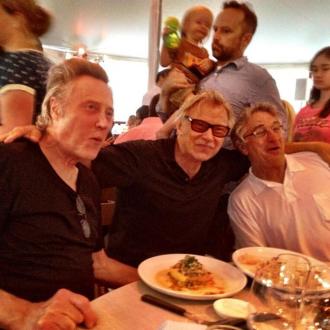 The Hollywood icon reached the landmark age on Saturday (17.08.13) and to mark the occasion he threw a huge party at his New Paltz estate in New York.

The 'Goodfellas' star treated his guests to a menu created by the restaurant Nobu - which he co-owns - while entertainment was provided by Lenny Kravitz who performed live.

De Niro shared a table with Walken and Keitel and fellow guest Samuel L. Jackson couldn't resist taking a photo of the three legends together.

The 'Pulp Fiction' star posted the image on Twitter, along with the caption: ''Lunched on da photo! Sorry! (sic)''

De Niro's six children and grandchildren were also present as was his actress wife Grace Hightower.