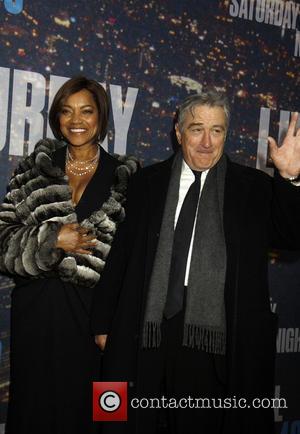 Robert De Niro has signed on to co-direct the musical adaptation of A Bronx Tale, more than 20 years after he helmed the film.

The Oscar winner and theatre veteran Jerry Zaks are teaming up to co-direct the production, which will premiere at the Paper Mill Playhouse in New Jersey later this year (15).

De Niro's involvement with A Bronx Tale stems back to 1993, when he directed and starred in the movie version of Chazz Palminteri's play about a young boy from a working class family who becomes involved in organised crime.

Palminteri revived the 1989 play on Broadway in 2007, and subsequently took the show on the road for a U.S. tour.

He adapted his script for the upcoming musical, with Academy Award-winner Alan Menken as the composer and lyrics by Grammy winner Glenn Slater.

De Niro's A Bronx Tale musical is scheduled to begin on 25 November (15).