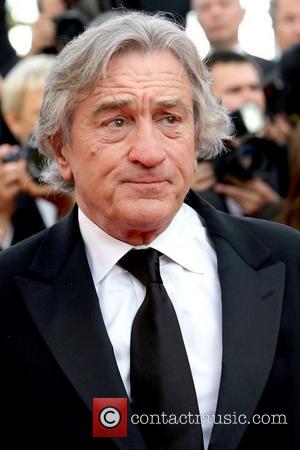 Robert De Niro addressed students at Bates College in Maine on Sunday (May 27, 2012) when he was awarded an honorary doctorate during the 146th commencement, officially making him Dr Robert De Niro.
According to the Associated Press, the Hollywood legend drew a steady stream of laughter from the 463 graduating students with a series of witty remarks. The 68-year-old told them, "I think this is the most important piece of advice you'll get today: Become a movie star.Now, you might be tempted by other careers, other interests, other commitments. There might be pressure on you to change the world, but you want to find the strength to resist". The 'Raging Bull' star dropped out of high school aged sixteen to pursue a career in acting and told graduates, "In many ways, leaving school when I did it was an advantage. I saved nearly $6,000 by not having to pay tuition and expenses for four years of education. I feel a little foolish, because if I had waited until now not to go to college, I could have saved around a quarter of a million". Of course De Niro quickly established himself as a formidable actor, and his partnership with Martin Scorsese made him one of the most famous Hollywood stars on the planet. In his speech, De Niro continued, "It worked out just fine. I saved the money, and I got the degree.My mother would be so proud to see her son, who never graduated high school, standing up here, receiving this honorary doctorate of fine arts".
De Niro will soon begin work on 'The Comedian', directed by multiple Oscar-winner Sean Penn. The movie follows the story of an aging insult comic, and also stars 'Bridesmaids' actress KRISTEN WIIG.