Robert De Niro has resigned himself to being cast as a grandfather figure in films now that he's in his 70s. 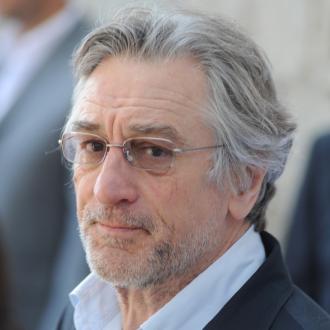 The 70-year-old star has resigned himself to the fact he'll never play the romantic lead in a movie ever again and is happy to provide comic relief as a grandfather figure instead.

He told the Metro newspaper: ''That's just life. We can't play certain parts any more. We're playing the father or the grandfather or the great-grandfather and that can be written in a funny way, so it's fine. But you're not carrying the movie as the young romantic lead - those days are gone.

''I'm hoping that if things work out with digital technology, they can finally make us look younger and I can go on for another 40 years.''

De Niro stars alongside fellow Hollywood veterans Morgan Freeman, Michael Douglas and Kevin Kline in new comedy 'Last Vegas', which chronicles the ageing pals' trip to the US gambling city for a stag party, and is glad there is a growing market for movies tailored to the older generation.

He said: ''I don't go to see enough films. But I'm told that since baby-boomers will still actually go to see a movie in a theatre - because it's a communal experience that our generation is used to - there's now a trend towards making some movies that those people could possibly identify themselves in.''