'Everybody's Fine' actor Robert De Niro has revealed his extended family all live in different apartments within the same building. 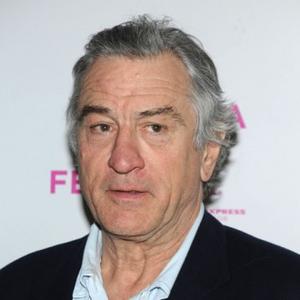 The 'Everybody's Fine' actor - who has five children from his two marriages as well as two grandkids - says the whole clan have different apartments in the same block as they like to be as close to each other as possible.

He said: "I like my kids to be all around. I don't like them to be off here and there unless they really have a reason or a job that pulls them there. I think the Italian thing is really good because the communities stay together and there are other countries and other cultures that have this. They stay together. You know, the whole family lives in different apartments in a building, that's nice stuff if you can do it. I don't think there's anything wrong with that."

The 66-year-old star says he loves being a parent but admits parenthood has its ups and downs.

He told BANG Showbiz: "I just got my twins' report cards yesterday and I read them and I'm very impressed, and I had a meeting with their teachers. So that was a good moment.

"But, you know, when the kids are not behaving or doing what you expect of them or what you'd hope that they'd want to do because you know in the long run for them, they'll be better off. If they know what they want to do in their lives, it helps. You can't force the kids to be anything other than what they want to be."

'Everybody's Fine' is available on DVD, download and VoD from June 28.