The Heat Is On Heat Again As Copycat Bank Robberies Escalate 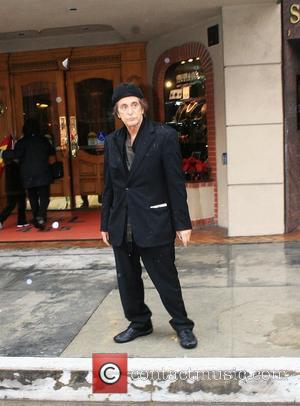 Picture: Al Pacino caught out in the rain while out and about Beverly Hills, California - 30.11.07

Robert DeNiro and Al Pacino's cult heist drama HEAT is upsetting lawmakers in Washington D.C. and Maryland because they think the film is being used as a "training video" for bank robbers.

Lawmen claim recent bank heists are so similar to those shown in the 1995 film that it's more than just a coincidence.

The film was partly blamed for a Bank of America robbery in California back in 1997, when the robbers ended up dead and 18 policemen and bystanders were shot in a 45-minute stand-off.