What Made Robert De Niro Cry On Katie Couric Show? 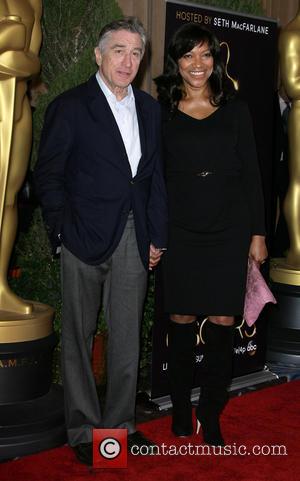 When Katie Couric invited Robert De Niro, Bradley Cooper and David O. Russell on to her chat show to talk about the Oscar nominated Silver Linings Playbook, she probably did not expect to be passing a hanky to a crying Robert De Niro. That’s exactly what did happen though, on the show, which aired yesterday. After listening to David speaking about his experiences of having a son with bipolar disorder, DeNiro was unable to answer Couric’s next question, as he was too emotional.

Choking back tears, DeNiro didn’t explain much about his own experiences, but said “I don't like to get emotional, but I know exactly what [Russell] goes through.” Bradley Cooper, sat next to him on the sofa, leant over and patted his co-star on the back to comfort him and appeared to get tearful himself. The movie’s director, David O. Russell picked up the answer, sensing that DeNiro was unable to end the silence himself. “When I first was in (Robert DeNiro’s) apartment and I was talking to him about the screenplay, this is what happened. “I thought he was having hay fever, then I realized he was having an emotional reaction and I sat there and watched Robert De Niro cry for 10 minutes and I said, 'Wow he's really connecting with this material and this would be beautiful thing if it could work out, because I think his heart would be there' and it is there.”

Silver Linings Playbook, which also stars Jennifer Lawrence, has been nominated for eight Academy Awards. The awards ceremony is held on February 24, 2013.