Musical career: Robert DeLong's debut album 'Just Movement' was released in 2013 through Glassnote Records. It reached number 18 in the US Dance chart.

His sound is largely developed using Wii remotes and joysticks with a MIDI interface.

Personal life: Robert DeLong was born in Washington and raised in the Seattle with his drummer father. He was in bands throughout high school and went to Azusa Pacific University to study drums where he formed The Denouement. He later moved to Los Angeles. 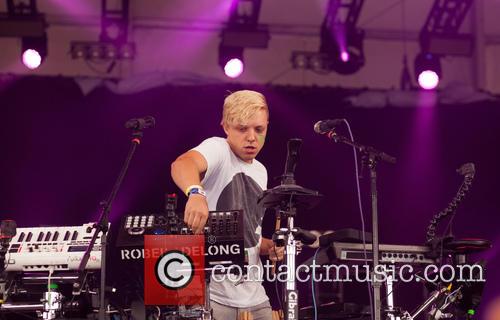 By Andy Peterson in Music Reviews on 21 August 2013

Robert DeLong's various online biographies make much of his development from adolescent drummer into an indie rock sticks-for-hire; some of the evidence, however, suggests his recent shift from worthy to worldly was less a leap than a calculated step. Exhibit A in support of this hypothesis is the final mini album from his college band Denouement; rather than the pleasant throwaway jangle of, say, The Drums, half of Cartography - especially the title track - sounds like it was created by weirdy beardy dream poppers Animal Collective on an afternoon off. With his "new" all digital identity surfacing in 2010 complete with an orange X slapped all over his face and t-shirts, Just Movement arrives in good time to surf the EDM wave currently making young Americans reach deliriously for their glowsticks.

As Brits, it's easy to be a little snooty about our trans-Atlantic brothers finally discovering about getting out of it to get into it thirty years too late. But whilst there's bucketloads of insipid filler to be had over there, Delong shows instead how to twist things up, the moombahton-dirty bass of Global Concepts and his sweary YOLO mission statement bound to put off the Ivy League crowd.  The title track is more precise and underplayed, but still its own peculiar brand of anthemic synth pop with bite.

By Andrew Lockwood in Music Reviews on 18 April 2013

Robert DeLong is certainly a product of his time, enhancing and utilising every piece of modern gadgetry available to produce his unique blend of elaborate and engaging electronica. The multi-talented singer-songwriter, producer, programmer and drummer from LA even incorporates his use of gaming remotes into his imaginative and contemporary live sets. It's easy to see why he's on the 'one to watch list' of MTV and Billboard. The 'future of Rock N' Roll' (is not) '97X, Bam' but it might well be Robert Delong.

'Just Movement' is a stunning 5 track album sampler from Delong that contains some fantastic material. It is the perfect precursor to his full album release later this year and a fabulous introduction to a formidable artist.

The first track of the five is 'Global Concepts'. Here Delong shows us just why he is being heralded not only as a great arranger and producer, but also a great song writer. This is not electronic music that added some inconsequential lyrics; this is the fully formed, thought provoking, intellectualised, high end article. "I think it burns my sense of truth, To hear me shouting at my youth, I need a way to sort it out, After I die, I'll reawake, Redefine what was at stake". The beats are creatively diverse, the bleeps and beeps inventive and effective and the hooks and rhythms just masterful. 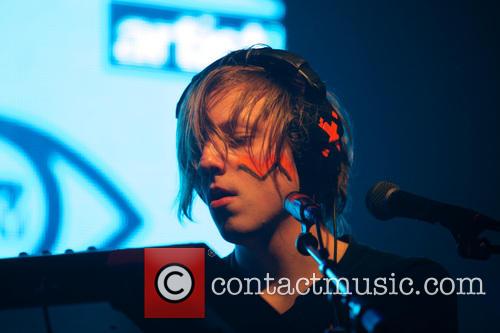