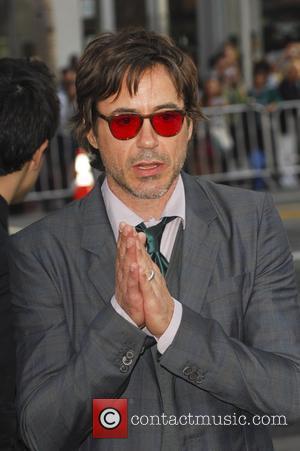 Robert Downey, JR. has defended his pal Mel Gibson over his troubled personal life - insisting he will always "love" the actor/director for hiring him when "no one else would".
The Iron Man star, who has battled drug and alcohol addiction throughout his career, has known Gibson since the 1980s and they first appeared on screen together in 1990's Air America.
Downey, Jr.'s personal problems spun out of control by the late 1990s and he spent years in and out of jail and rehab until he finally kicked his addictions in 2001.
The actor subsequently struggled to find work and will always be grateful to Gibson for hiring him for 2003's The Singing Detective.
And Downey, Jr. admits he will continue to support his friend as he battles his own troubles, which hit headlines this year (10) after Gibson's ex-girlfriend, Oksana Grigorieva, accused him of beating her in a violent domestic dispute.
Downey, Jr. tells Access Hollywood, "I've known the guy for 25 years and he hired me when no one else would. So I think that's enough said on my position. I love the guy."