The film is pretty much a shoe-in for this summer's biggest earner. 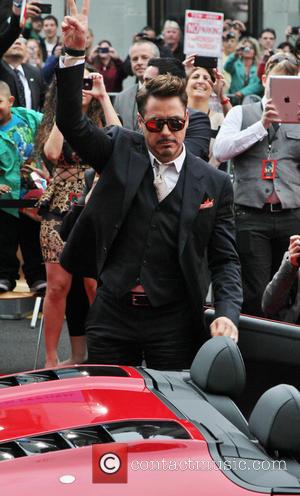 It’s becoming pretty obvious that Marvel’s Iron Man 3 will have no contest this summer in terms of box office revenue. The third installment in the franchise grossed close to $170 million its first week – and that’s just the domestic revenue. Internationally, the flick, telling the oh-so-familiar story of a superhero struggling to balance his responsibility with his complex personal life, is already pushing… wait for it… $350 million. There’s pretty much no contest for a summer blockbuster. Of course, the summer season hasn’t properly kicked off just yet, but that statement seems like a pretty safe one as of yet. Iron Man 3 did manage to take in $17 million domestically in Thursday night sales alone after all.

The juggernaut of a summer blockbuster returns with Robert Downey Jr. reprising his role as the “genius billionaire playboy philanthropist” Tony Stark, with Gwyneth Paltrow and Don Cheadle reprising their roles as well. The newcomers to the franchise for this installment are Ben Kingsley, Guy Pearce and Rebecca Hall.

It’s possible that last year’s record breaking release of the Avengers – with $18.4 million earned on its midnight release and first week earnings of $204 million – was what paved the way for this film’s success. Whatever the reason though, one thing is clear – whatever tbe brains over at Marvel are doing, it is definitely working. It may have also had a little something to do with Robert Downey Jr's presence.