Robert Downey Jr., who plays the role of Tony Stark/Iron Man in Marvel's Iron Man and Avengers film franchises, has signed up for at least two more Avengers films. 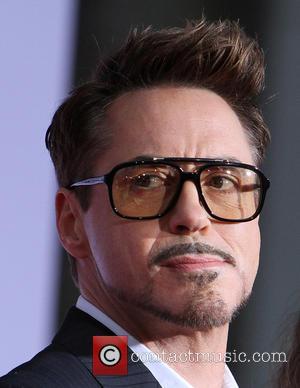 After rumours had circulated that Robert Downey Jr. wouldn't be involved in any more Avengers films due to contract issues, an announcement was made on Marvel's website this week that put our collective minds at ease. It read: "Marvel is pleased to announce the signing of Robert Downey, Jr. to reprise the role of the 'billionaire, genius, playboy, philanthropist.'"

The 48 year-old actor has signed a two-picture deal that will see him don the red and gold suit as least two more times in the Avengers films. Downey's co-star in the films, Gwyneth Paltrow, who plays love interest Pepper Potts explained how it just wouldn't be right for anyone else to take over from Downey Jr. in the franchise: "Personally, I think it would be very hard for someone to step into Iron Man, because it is so Robert."

The success of the first film could have been a deciding factor for the Manhattan-born actor after reportedly earning $50 million (£33m) from the first Avengers film alone. According to Marvel, the first of the Avengers films - 2012's Avengers Assemble - and this year's Iron Man 3 are ranked currently in the top five highest grossing films to date, with collective worldwide earnings of over $2.7 billion (£1.7bn).

However, despite Downey Jr.'s return to The Avengers, it has not been confirmed whether he will star in any more solo Iron Man films in the future.

Directed and written by Joss Whedon (Avengers Assemble, The Cabin In The Woods) production will begin on The Avengers 2 in March next year (2014) and the movie is planned to hit cinema screens on 1st May 2015. "I am Iron Man"...At Least For Another Two Films.