'Iron Man 3' writer Drew Pearce has been hired to write the third movie in the 'Sherlock Holmes' franchise. 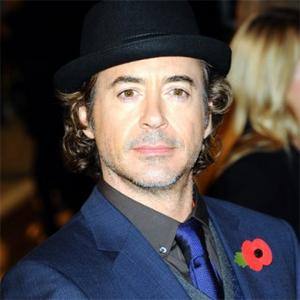 Despite the second film in the Guy Ritchie-directed action adventure series not yet being released, the studio is keen to get work underway on the next project as soon as possible.

Robert Downey Jr. and Jude Law are set to return to their roles as Sherlock and Watson respectively.

It is the second time Drew - best known for his work on British superhero show 'No Heroics' - has been picked up to write for a film starring Robert, as he is also working on the third film in the 'Iron Man' series.

He is also working on Paramount's adaptation of 'The Mighty'.

Robert has previously revealed he was "a little grumpy" when filming on the second movie 'Sherlock Holmes: A Game of Shadows' began filming.

He said: "We had a brutal schedule last time, but it was so much fun, and we were kind of wondering if we could catch this thing on fire and make it work. And pretty early on we figured we were on to something. That is was an ass-kicker.

"And this time around, we only really started the action last week, which had me a little grumpy for a minute."