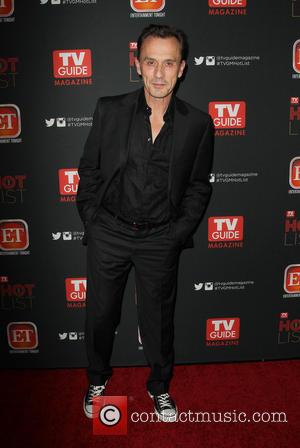 Actor Robert Knepper has joined the all-star cast of The Hunger Games franchise as a new character who is not in the popular books the films are based on.

The former Prison Break star will play Antonius, the minister to Donald Sutherland's scheming leader, President Snow, for the upcoming third and fourth movies of the series, The Hunger Games‬: Mockingjay Parts 1 & 2.

The movies will be based on Suzanne Collins' final book in the bestselling series' trilogy, but the character is nowhere to be found in the novel.

Lionsgate bosses' have declined to comment on the development, and no other official information has been released.

Knepper Thanks Sutherland For Punch To The Face