Robert Pattinson wants to continue to make smaller movies because he doesn't think he has the physique for blockbuseters. 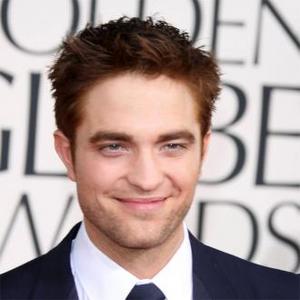 Robert Pattinson isn't ''buff enough'' to be an action star.

The 'Twilight Saga' hunk admitted he would prefer to make smaller, gritty dramas rather than take on blockbuster roles because he thinks he doesn't have the physique to be an action hero.

He said: ''If there is a way to maintain a career doing small, interesting movies I would Take That option. I'm not buff enough for robot movies.''

Robert also revealed he lacks confidence in his abilities and isn't expecting anyone to go wild for his latest movie 'Cosmopolis''.

He told Empire magazine: ''That's my biggest problem, confidence. I'm taking baby Steps and hoping people will keep employing me. I can't see tons of people watching 'Cosmopolis' and screaming at it. It would be amazing if they did.

Robert, 26, has previously admitted he locked himself in his hotel room for a fortnight prior to shooting the drama movie - which sees him play Eric Packer, a multi-billionaire Wall Street CEO - because he was worried about the role but was calmed down by director David Cronenberg who reassured him that his talent would bring out the best in his alter-ego.

He said: ''The preparation, I kind of spent two weeks in my hotel room worrying and confusing myself. I remember the weekend before we started shooting, I called David to talk to him about it, to ask him 'one question' like, 'Want to talk about the movie for a bit?'

''So then I went round to David's house and he said, 'It doesn't really matter. Let's just start, then something will happen.' I think Eric Packer's impossible to approach like you would a normal character.''